It’s hard to know where to start in summing up the Worthington 500k Challenge throughout 2015, so I thought I’d start in Malta, where it all began. We’re back out here for the Malta Half Marathon and this morning Joe and I we’re joined by friends on a 5k DIY Parkrun along the coast.

Rewind by two years and things weren’t much different; Joe was running the Malta Half Marathon and we were going out for a little run the day before… The difference was it was the first time I’d run for any reason other than to catch a train since I’d been at school!

The following day I was cursing our choice of B&B; our lovely room was on the second floor and my legs hurt so much I couldn’t even get up the stairs! I’d only managed to run 1km, but Joe had managed 21km and was absolutely fine… My 10k training had begun though and I had until July to reach the distance.

My first milestone was the Rother Valley Parkrun in May; a lovely flat course and my first experience of a community that’s become a massive part of my life. With that conquered it was time to build up to the slightly trickier Pontefract and Nostell courses.

I ran the Jane Tomlinson Leeds 10k with 100s of my Asda Colleagues after 5 months training and made it around in 1:15:37 – only 15 minutes quicker than Joe’s Malta half marathon time! I’d enjoyed it though and kept up the training and Saturday morning Parkrun addiction.

Being able to run 10k was never one of my goals. I was diagnosed with Multiple Sclerosis when I was 25 and wasn’t that sporty before, so it just didn’t feature on the to-do list! Two years ago I started to follow a lifestyle designed to help people manage the symptoms of MS; I felt the benefits of the low saturated fat diet almost instantly and within months I had regained lost sensation in my feet, had more energy and had lost weight. 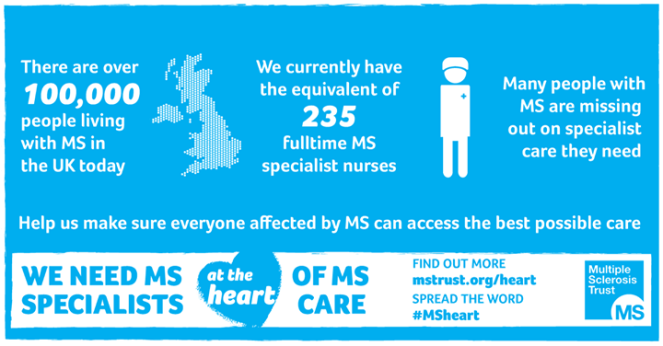 Waiting for Joe to complete the Great North Run later that year, I decided to kill some time looking around the charity village and stumbled across the MS Trust tent. Speaking with the team there, I discovered that this charity trains all the MS specialist nurses in England and provides all the info for people with MS and their families receive. I had a lot to thank them for, without even realising they existed!

I signed up for the Great North Run there and then and began to think about how I could prepare myself for a Half Marathon and raise the £300 requested too. In the next few months the Worthington 500k was born, with Joe and I aiming to run 500k in races between us in 2015 and attempting to raise £10,000 to mark my 10 years living with the illness.

We knew we had a shot at managing the distance, but we thought that our fundraising target was more than a little ambitious! That was until our friends pledged their support and suddenly we were part of a team of people who believed in us, and more importantly, themselves.

We held bake sales at work, hosted quizzes and race nights, gave up sweets and treats and got fitter together. I ran the Leeds 10k for the second time on my birthday, this time with 15 friends and a team of supporters. For some it was their first (and last!) 10k, for others it was the inspiration to run the distance themselves in the future; but we all agreed the pint at the end tasted amazing!

Joe and I completed the Worthington 500k Challenge in Barcelona on New Year’s Eve after running 721km in races and raising £14,500 for the MS Trust. We raced trains in Wales and Nessie in Scotland; Joe ran two marathons in two weeks and I completed the Great North Run. It’s hard to pick out one highlight, so I won’t even try. 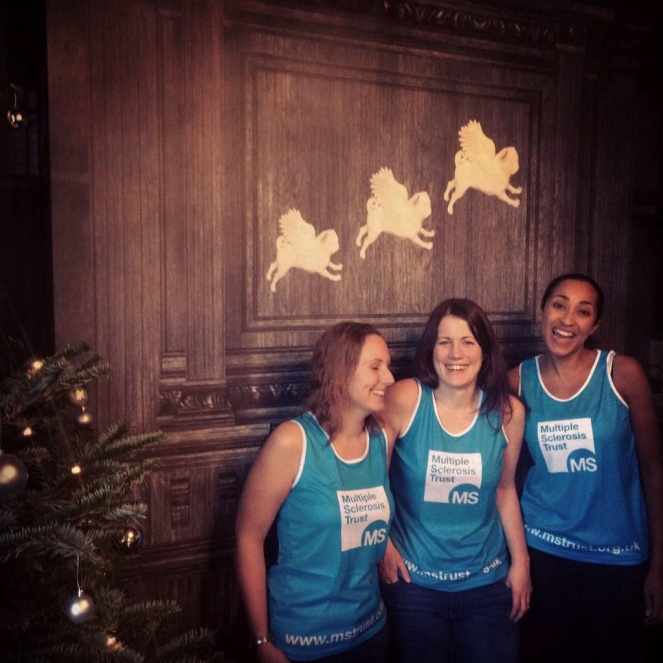 What I can say is we raised enough money for the MS Trust to train 7 new MS nurses or provide the MS Trust newsletter to all 9000 people with MS in the Yorkshire and Humber region for the next 18 months. We also received the JCI Barnsley Community award and have been nominated as Charity Fundraiser of the Year and Inspirational Person at the Yorkshire Choice Awards.

Ultimately, we got people talking about MS and learned a lot more about the illness ourselves, making further tweaks for a healthier future. It’s been a privilege to have so many unexpected conversations about MS, share our experiences and hopefully give other people like me a bit of hope that their diagnosis shouldn’t stand in the way of achieving their goals.

All that is priceless, and I wouldn’t change a thing. 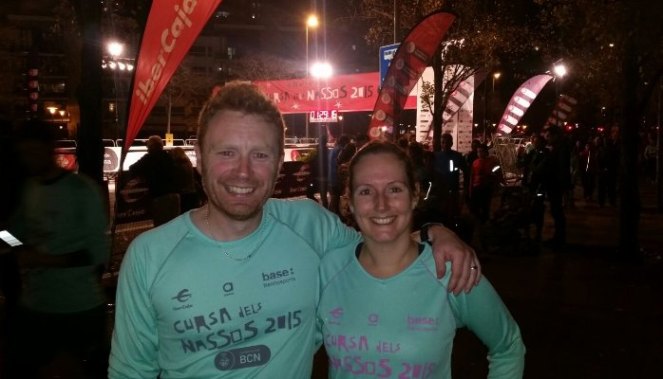 Like what we’re doing? You can sponsor our latest events on our VirginGiving site!